Advertisement
By DAILY MONITOR
More by this Author

Uganda will deploy a contingent of 160 police officers to Somalia for peacekeeping operations in December, the authorities said Thursday.

The officers have completed a six-month training course in readiness for the deployment under the African Union Mission in Somalia (Amisom), the police said.

‘‘In Somalia, the officers will provide public order management, protection of African Union (AU) personnel and facilities within means and capabilities, and support police operations that require a formed response."

The team is part of the Formed Police Units within the African Union, which rotates on an annual basis. This forthcoming deployment will mark the tenth rotation of Uganda's police units in Somalia. 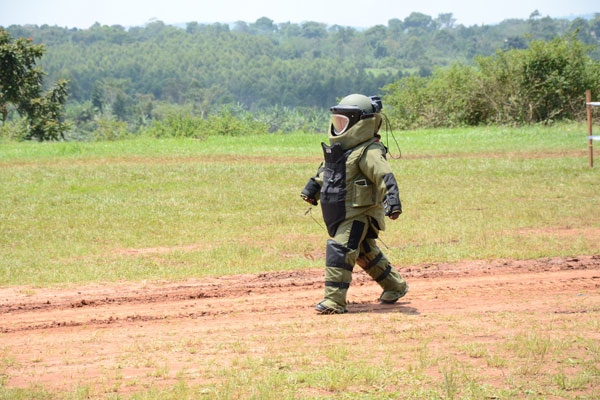 A Ugandan police officer during the training at Kigo. PHOTO | UGANDA POLICE FORCE

Uganda started deploying police units in Somalia in July 2012 following the deployment of its army, the Uganda People's Defence Forces (UPDF) in 2007.

A decade after the Al Shabaab militants were ousted from Mogadishu, the government controls only a small portion of the country, with the help of some 20,000 soldiers from Amisom.

In Kampala and other towns, many motorists were rushing to fill their tanks fearing further shortages, causing traffic jams in the capital.

The proposed amendments to the 2010 constitution were approved by parliament in May last year and were then due to be put to a referendum.