Advertisement
By JONATHAN KAMOGA
More by this Author

Uganda’s former Minister of Works and Transport, Gen Edward Katumba Wamala, survived an assassination attempt on his life Tuesday morning in a suburb of the capital Kampala.

His daughter Brenda Wamala Nantongo and driver Haruna Kayondo were killed when the car they were travelling in was shot at.

The three were driving to Kampala in a vehicle with military plates when they were intercepted by four gunmen on motorcycles who showered bullets at the car before fleeing the scene, witnesses said.

According to the video footage that has been circulating on social media, Gen Katumba is seen walking but his clothes are stained in blood. 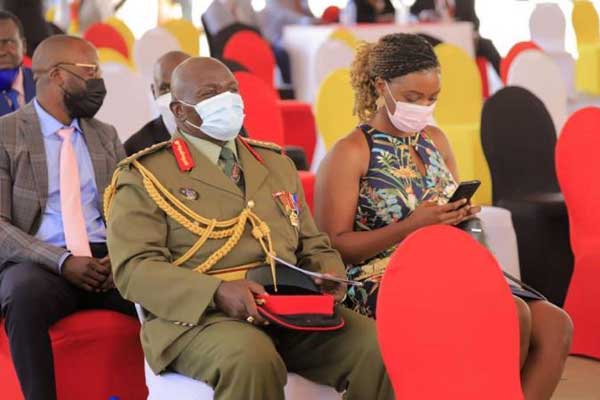 Gen Katumba Wamala and his daughter Brenda during the recent swearing-in ceremony at Parliament. Gen Katumba is the army representative in the 11th Parliament. PHOTO | AEX ESAGALA | DAILY MONITOR

Reports indicate that Gen Katumba and his daughter were heading for the burial of their close relative in Najjanankumbi along Entebbe road.

Brigadier Flavia Byekwaso, the army spokesperson, confirmed the death of the two and said that the army and police have begun investigations.

Early responders rushed the minister to a Kampala hospital for treatment. Several government officials, including the Speaker of Parliament Jacob Oulanya and his deputy Anita Among, were camping at the hospital as Wamala received treatment.

Ms Lindah Nabusaayi, the spokesperson of the presidency, said that President Yoweri Museveni had been briefed about the assassination attempt and he would issue a statement later in the day. 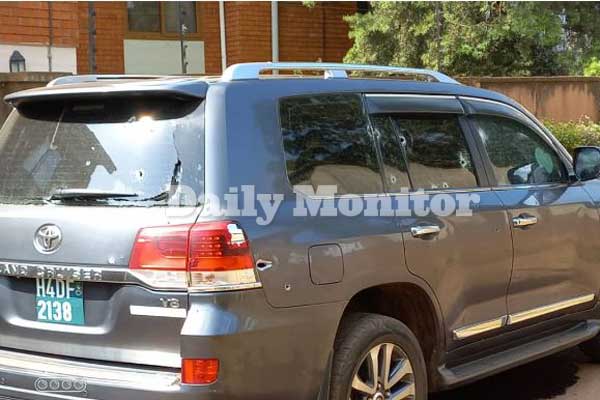 The vehicle which Gen Katumba has been travelling in. PHOTO | STEPHEN OTAGE | DAILY MONITOR

Gen Wamala served as the minister of Works and Transport in the former cabinet which was dissolved last month following the expiration of President Museveni’s fifth term. Gen Wamala is one of the many hoping for re-appointment in the next cabinet expected to be announced this month.

One of his last tasks in office this year was firing the top management of the country’s national carrier Uganda Airlines together with its board members over corruption and mismanagement of funds.

From 2005 to 2013, he served as the Commander of Land Forces of the Uganda People’s Defence Forces before moving on to become the Chief of Defence Forces from 2013 to 2017, the highest rank in the Uganda Military.

From 2001 to 2005, he served as the Inspector General of the Uganda police force.

The assassination attempt was carried out in the same style as those that led to the death over 28 people, including top government officials, in the past seven years.

Following a spike in the assassinations, the government invested heavily in CCTV cameras planted around the Kampala metropolitan area with President Museveni saying these would help in tracking and identifying criminals.

Talks on the free trade deal were, however, jolted by the exit of President Donald Trump’s administration late last year.

Samia gets Covid jab, now to get citizens to follow suit

The late president Magufuli termed the vaccine “dangerous” and repeatedly urged citizens to use alternative remedies.