Critics of Angola's former president Jose Eduardo dos Santos, who died Friday, accused him of stripping the country of much of its vast oil wealth to enrich himself and his family.

Dos Santos, who stepped down in 2017 after 38 years of iron-fisted rule, appointed family members to key economic jobs during his presidency.

Banking, telecoms, media and most significantly oil were among the industries that felt the far-reaching influence of the Dos Santos brood.

He "privatised the state to benefit his family and a handful of associates," said investigative journalist Rafael Marques de Morais, who was highly critical of Dos Santos' alleged plunder.

Here is a review of the principal figures in the "family business": 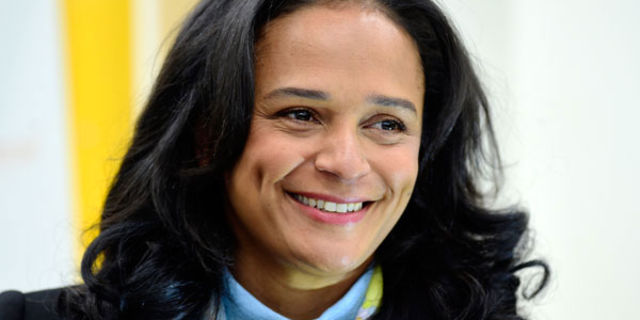 Isabel, the daughter
Known derisively as "the princess", 49-year-old Isabel was the public face of the Dos Santos business empire.

Her father appointed her to head the state oil giant Sonangol, but she was dismissed shortly after his  successor Joao Lourenco took office.

Isabel dos Santos described herself as an "entrepreneur" on her Twitter account and the US-based Forbes magazine once ranked her Africa's richest woman.

It estimated her personal fortune to be as much as $3.5-billion.

She was active in the telecoms sector and controlled Unitel, Angola's leading mobile phone operator, which she quit in 2020.

She also held shares in Portuguese media giant NOS, while investing heavily in the banking sector, sitting on the boards of Banco de Fomento Angola, Banco BIC -- as well as its Portuguese affiliate -- and the market leader BFA.

And along with her now late husband Sindika Dokolo, she owned the luxury Swiss celebrity jeweller De Grisogono, which went bust in 2020.

But that business empire has been largely dismantled since a 2020 ICIJ investigation into the shady origins of her fortune.

She is being probed for a long list of crimes in Angola, including mismanagement, embezzlement and money laundering during her stewardship of the state-run oil giant Sonangol.

She has vehemently denied the accusations against her as a politically-motivated "witch-hunt".

Jose Filomeno, the son
In 2013, Jose Filomeno de Sousa dos Santos, nicknamed Zenu, was appointed by his father to head up a sovereign wealth fund. At 35, Filomeno was controlling the fund worth $5 billion.

Six years later, he was arrested for fraud, money laundering and influence peddling. He was found guilty of trying to embezzle up to $1.5 billion from the sovereign wealth fund, which he oversaw from 2013 to 2018.

In 2020 he was jailed for five years, making him one of the first members of the former presidential family to be prosecuted as part of an anti-graft campaign led by Lourenco since he came to power in 2017.

'Tchize', the other daughter
Married to a Portuguese businessman, Welwitschia dos Santos was a leading figure in the Angolan media landscape.

Now in her mid 40s, she held different positions at TPA, a public broadcaster and led two tabloid-style print titles.

Lower profile than her half-sister Isabel, Welwitschia -- whose nickname is "Tchize" -- controlled one of Angola's leading multimedia and advertising agencies.

She also became the first Angolan woman to lead a major football club after she took the reins at Benfica de Luanda.

"Lourenco (is) using the children to harm the politically stronger father," she told AFP.

Ana Paula, the wife
Ana Paula, a former air hostess who became Jose Eduardo dos Santos' second wife and according to the local media was involved in several diamond miners.

According to Angola's monthly economics journal Expensao, Ana Paula Cristovao Lemos also directly held five percent of Sol bank in addition to the 10 percent stake she had in the business through her foundation.

For many in Kinshasa, Francis could make the most impact by issuing a firm declaration on the importance of free elections.

US military kills IS leader in Somalia

US aerial strikes in Somalia surged to dozens a year during 2017-2020.

Migrants’ purgatory of hunger in Morocco