He died of a heart attack, having undergone brain surgery earlier this month.

Eto’o’s car was hit by a public transport vehicle on the Nkongsamba-Douala road.

It has not given details on the numbers of tickets sold in Japan. 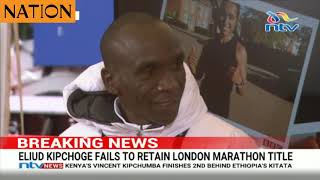 It was my ear, laments Kipchoge after London debacle